Many gamers like popular computer game PUBG (Playerunknown’s Battlegrounds) and often facing with errors Cannot find dxgi.dll and Blocked loading of file dxgi.dll when starting the game. In this tutorial we’ll show you how to fix the bug with the dxgi.dll file in PUBG and other computer games on Windows 10, 8, and Windows 7.

Often an error with the dxgi.dll file occurs after installing ReShade. ReShade is a program that implements shader postprocesses to the image in the game. It adds HDR effects, shader smoothing, changing the sharpness, contrast, shadows and more. Textures look brighter and more realistic.

If you see the message when you start PUBG at the loading of BattleEye service, you can see the message “File blocks can be ignored if they don’t cause problems with the game [INFO] Blocked loading of file C:\steamapps\common\PUBG\TslGame\Win64\dxgi.dll”. As a rule, the problem is not that this file is missing on your computer, but, on the contrary, its presence in the ReShade folder.

The BattlEye module at the start of Playerunknown’s Battlegrounds locks the dxgi.dll file, which prevents the game from starting. This is a fairly common problem after the implementation of ReShade-settings.

First, let’s understand the essence of the lock. The BattlEye program is a Steam anti-cheat app which scans all files during the start of the games and if it finds something suspicious in them, it immediately stops the load. It scans either game or system files.

Some users try to reinstall, or even remove the blocking program BattlEye Launcher in the directory PUBG\TslGame\Binaries\Win64\BattlEye. However, the uninstall won’t help – when you run Steam next time, it will be reinstalled automatically.

The very first thing to do is restart the PC and try to log in again. Apply the standard option – check the cache integrity of the Steam files. 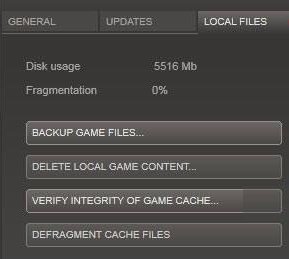 If this didn’t help, the easiest way to solve the problem is to delete the dxgi.dll file (which leads to the ReShade disabling):

Try to start the game again – most likely, the error won’t appear again.

Sometimes the complete removal of the ReShade program helps. Delete all ReShede program files that are in the PUBG game directory. After that, check whether PUBG starts. If not, then restart the computer and try again. 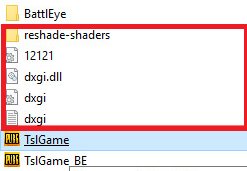 If you have never installed the ReShade, and the error Cannot Find dxgi.dll still appears, in this case, try ask yourself: have you installed some other program that uses the dxgi.dll file? Try to find and uninstall it. In extreme cases, completely remove the PUBG, and then reinstall it.

If all of these methods didn’t work, try reinstalling/updating DirectX and installing all Windows security updates.

These steps should solve the “Blocked loading of file” error. Once again, we remind you – blocks from BattlEye appears not only in PUBG, but also in other games quite often.